Athiya Shetty and K L Rahul Wedding: Mahurat has been locked in 4:15pm; post that the couple will make an appearance to the media : Bollywood News –

Last week, it was reported that Suniel Shetty and Mana Shetty’s daughter Athiya Shetty, who made her Bollywood debut in 2015, is tying the knot with K L Rahul on January 23. The couple has opted for a simple ceremony that will be an intimate affair at Shetty’s farmhouse in Khandala. Since then, the paparazzi has been sharing glimpses and updates about the event which will be held today evening. On the other hand, the pre wedding festivities were kicked off during the weekend and it was being said that it was a private but starry affair. 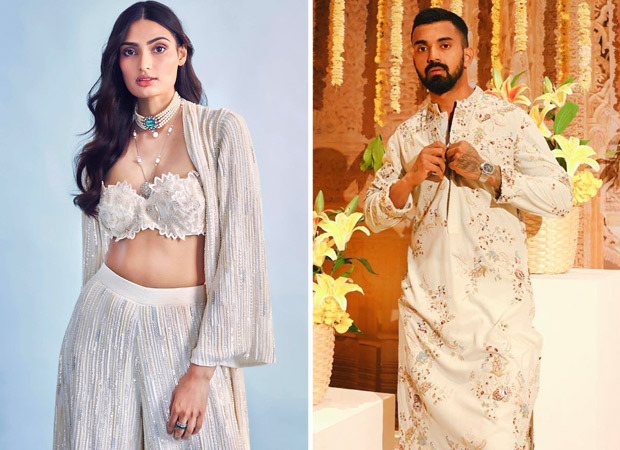 Athiya Shetty and K L Rahul Wedding: Mahurat has been locked in 4:15pm; post that the couple will make an appearance to the mediaGuests at the bash have been quoted in ETimes report stating that friends of the couple, like Akanksha Ranjan, Krishna Shroff, among others were seen dancing during the sangeet ceremony of Athiya Shetty and K L Rahul. Furthermore, it was also being said that the party continued wee hours of down. On the other hand, talking about today’s ceremony, it has been reported that the priests have decided the mahurat time as 4:15. As per the paparazzi report, the baarat has already arrived at 2:30pm and the couple will be exchanging vows and becoming man and wife as per the mahurat time.In an earlier report it was being said that Athiya Shetty and K L Rahul had decided to have a simple wedding but will surely be hosting a grand reception for the couple.  If these reports are to be believed, the reception, however, may be postponed because of the upcoming IPL season.For the unversed, Athiya Shetty and K L Rahul have been together for about three years and the couple has never shied away from posting about it on social media. While the two have retained silence about their marriage rumours, a day ago, Suniel Shetty confirmed the wedding to the paparazzi when he was spotted outside the venue, his bungalow Jahaan in Khandala.Also Read: Ajay Devgn wishes Athiya Shetty and K L Rahul on their wedding dayBOLLYWOOD NEWS – LIVE UPDATESCatch us for latest Bollywood News, New Bollywood Movies update, Box office collection, New Movies Release , Bollywood News Hindi, Entertainment News, Bollywood Live News Today & Upcoming Movies 2023 and stay updated with latest hindi movies only on .