For the past few days, the paparazzi couldn’t stop talking about yet another cricket-Bollywood pairing – Athiya Shetty and K.L. Rahul. The two of them have been dating for about three years and ever since the New Years, reports of their marriage failed to die down. Finally, after several reports surfaced online about their ceremony, a day ago, star Suniel Shetty aka Anna interacted with the media where he confirmed his daughter’s wedding festivities. The wedding was held at his palatial farmhouse in Khandala and now it seems that the rituals have ended. 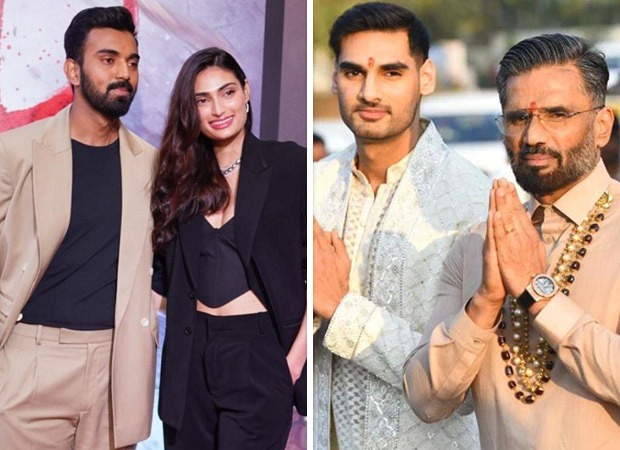 Athiya Shetty tied the knot with K L Rahul, confirms Suniel Shetty; brother Ahan Shetty distributes sweets to the mediaSuniel Shetty and his actor-son Ahan Shetty visited the media who have been eagerly awaiting the arrival of the bride and groom after the ceremony, outside their bungalow Jahaan in Khandala. They distributed sweets and even expressed their happiness over the wedding of Athiya, confirming that the rituals have come to an end. In the interaction with the media earlier this weekend, Suniel Shetty had also confirmed that the bride and groom will soon arrive to meet the paparazzi waiting outside.

We had earlier reported that the pre-wedding festivities began during the weekend wherein even a quintessential sangeet was held and it was being said that guests were danced the night away, until wee hours of dawn. However, let us also remind you that their wedding is a rather low key affair with only a few close friends, family making it to the functions. The attendance from the cricket and Bollywood has been kept at bare minimum since the couple wanted the wedding to a private and intimate affair.