Kangana Ranaut mortgages all her property for Emergency; says, “It may seem I sailed through it comfortably” : Bollywood News – Apart from her controversial statements on various ongoing matters, Bollywood actress Kangana Ranaut is lately making headlines for her second directorial project, Emergency. The actress was busy shooting the film for the past few weeks. Now, after months of shooting, she has wrapped Emergency as an actor. Announcing the same, the actress penned an emotional note on her social media while revealing that she mortgaged all her property for this movie. 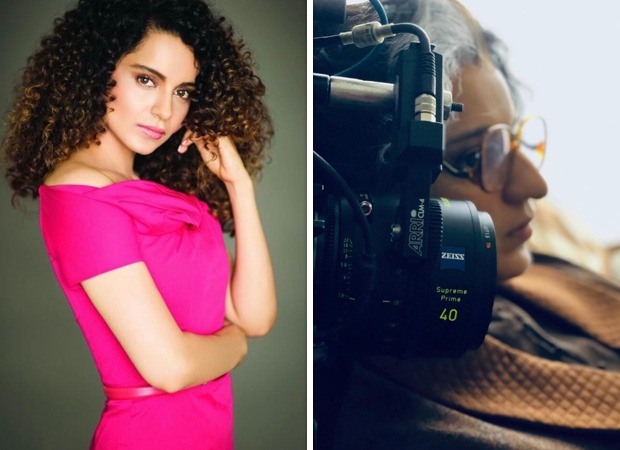 Kangana Ranaut mortgages all her property for Emergency; says, “It may seem I sailed through it comfortably”On Saturday morning, the Queen actress took to her verified Instagram handle and dropped three BTS pictures from the sets of Emergency. In the photos, Kangana can be seen behind the camera, shouldering the responsibilities of a director. Meanwhile, she was also seen sporting the look of her character, Indira Gandhi.Captioning her post, the Tanu Weds Manu actress wrote, “As I wrap Emergency as an actor today…. a tremendously glorious phase of my life comes to its full completion… It may seem I sailed through it comfortably but the truth is far from it…” She went on to add, “From mortgaging all my properties, every single thing that I owned to being diagnosed with dengue during the first schedule and having to film it inspite of alarmingly low blood cell counts, my character as an individual has been severely tested.”Kangana further mentioned, “I have been very open about my feelings on SM but I didn’t share all this, honestly because i didn’t want people who cared to worry unnecessarily and those who desperately want to see me fall and were doing everything to make me suffer, I didn’t want to give them the pleasure of my pain.”In her note, Kangana also stated that “just working hard for your dreams” is not enough as time will test you and at that point, an individual should not break. While saying that working on Emergency was like a “rebirth” for her, she showered love on her “tremendously talented” team.

She signed off by saying, “P.S all those who care about me please know that I am in a safe place now … I would have not shared all this if I wasn’t …please don’t worry, I only need your blessings and love.”The post has received love and appreciation from her friends, peers and fans.It is worth mentioning here that though Ranaut shared the first teaser of Emergency a few months ago, the details of its release are still under wraps.Also Read: 28th Critics Choice Awards: Kangana Ranaut gives a shout-out to SS Rajamouli for his thoughtful acceptance speech More Pages: Emergency Box Office CollectionBOLLYWOOD NEWS – LIVE UPDATESCatch us for latest Bollywood News, New Bollywood Movies update, Box office collection, New Movies Release , Bollywood News Hindi, Entertainment News, Bollywood Live News Today & Upcoming Movies 2023 and stay updated with latest hindi movies only on .