Shah Rukh Khan’s comeback film Pathaan is expected to earn around Rs 50 crores at the box office on its first day (yesterday). The film has succeeded in pulling large crowds into the cinema halls in such a way that it is expected to break the record of the highest opening for a Bollywood movie. 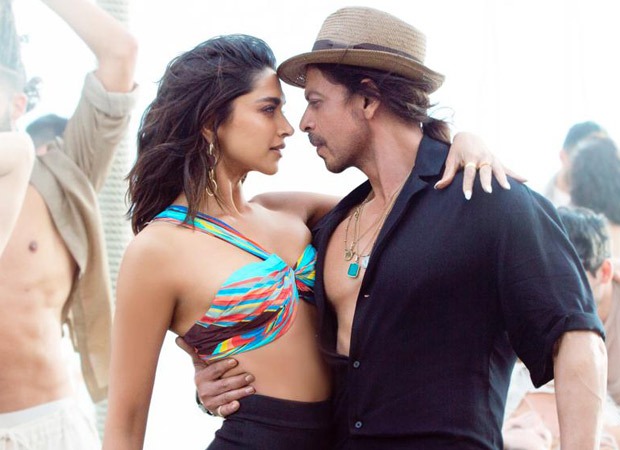 Pathaan protests in MP: Home Minister Narottam Mishra says there is no point in protesting nowBut amidst such scenes, some Right Wing organizations held some protests against Pathaan in parts of Madhya Pradesh yesterday, as reported by NDTV. The film was under fire for the saffron coloured bikini worn by Deepika Padukone in the song ‘Besharam Rang’ as that colour is considered sacred by the Hindus.But the state’s Home Minister Narottam Mishra has said that there is no point in having any protests now as there have been “corrections” made in the film by the CBFC (Central Board of Film Certifications).Speaking to a group of reporters, he said, “I believe all rectifications have been made in it (film). The Censor Board has made corrections. Controversial words have been removed. So, I don’t see any point in protesting now.” He also said that those who are still protesting against the movie will be “counselled,” added the same report by NDTV.Mishra, who is a part of the BJP, was one of the first persons to raise objections in Pathaan last month for the colour of the bikini in the said song. He had said then, “The outfits worn (by Deepika Padukone) in the song are objectionable. It is evident that this song has been picturized by polluted minds. Anyways, Deepika ji has been a supporter of the ‘Tukde Tukde’ gang; she attended the JNU protests. That’s why I would like to request (to the makers) to rectify the visuals and outfits (in the song), else we will need to think whether the film will be allowed to release in Madhya Pradesh.”Apart from the CBFC ordering the cuts in the song, earlier this month, Prime Minister Narendra Modi also told his party workers and members to refrain from making “unnecessary comments on films.”Also Read: Pathaan Box Office Estimate Day 1: Shah Rukh Khan starrer collects Rs. 53-55 crores; is the biggest opener in the history of Hindi cinema More Pages: Pathaan Box Office Collection , Pathaan Movie ReviewTags : Besharam Rang, Bikini, Boycott, Boycott trend, Controversy, Deepika Padukone, Madhya Pradesh, MP, Narottam Mishra, Pathaan, Protests, Shah Rukh KhanBOLLYWOOD NEWS – LIVE UPDATESCatch us for latest Bollywood News, New Bollywood Movies update, Box office collection, New Movies Release , Bollywood News Hindi, Entertainment News, Bollywood Live News Today & Upcoming Movies 2023 and stay updated with latest hindi movies only on .