Today marks the 37th birth anniversary of the late actor Sushant Singh Rajput. The star passed away at his residence by hanging on June 14, 2020. Not surprisingly, there are continuous wishes pouring in for him on social media. This also includes Rhea Chakraborty, who was in a relationship with him. The actress took to her official Instagram page and shared a couple of her pictures with Sushant. 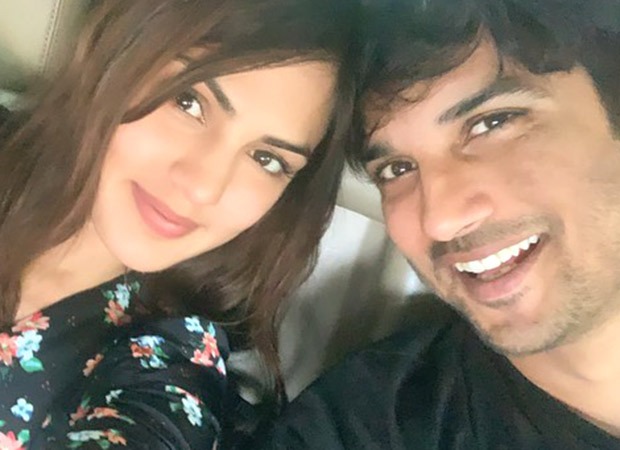 Rhea Chakraborty drops a heartfelt post for Sushant Singh Rajput on his birth anniversaryThe first one sees the two of them in the background with their faces partially hidden by two white-coloured tea cups. Although one can only see Rhea’s eyes, it is evident that she is smiling wide. The second one is a clearer picture of another happy moment between Sushant and Rhea, with both dressed in dark colours. Surprisingly, except a heart emoji, Rhea didn’t put any caption for the post.As expected, the comments section of the post is flooded with emotional messages from SSR’s fans. Along with them, one can find actress Shibani Dandekar’s comment too. Without saying anything in particular, she only dropped a red heart emoji for her friend, with whom she has been spotted quite a few times.Sushant arrived on the scene for the first time with the successful television serial Pavitra Rishta. His character, named Manav, and the show gained a lot of popularity. His first movie turned out to be Kai Po Che. The actor’s last film Dil Bechara was released posthumously in 2020.Also Read: Sushant Singh Rajput’s Mumbai flat to finally go on rent after 3 years of his demise at Rs. 5 lakhs rent per monthTags : Birth Anniversary, Birthday, Bollywood, Down The Memory Lane, Features, Flashback, Instagram, Rhea Chakraborty, Social Media, SSR, Sushant Singh Rajput, ThrowbackBOLLYWOOD NEWS – LIVE UPDATESCatch us for latest Bollywood News, New Bollywood Movies update, Box office collection, New Movies Release , Bollywood News Hindi, Entertainment News, Bollywood Live News Today & Upcoming Movies 2023 and stay updated with latest hindi movies only on .