Netflix’s most recent release Mission Majnu has taken everyone by storm. From powerful performances to storytelling, the film continues to receive love from critics and audiences alike. Directed by Shantanu Bagchi and produced by RSVP and GBA, Mission Majnu stars a stunningly talented cast of Sidharth Malhotra, Rashmika Mandanna, Kumud Mishra, Parmeet Sethi, Sharib Hashmi, Mir Sarwar and Zakir Hussain. Since the film’s release, it has been trending in the top 10 films list in 18 countries on Netflix including India, Canada, Singapore, United Arab Emirates, Bahrain, and Sri Lanka. 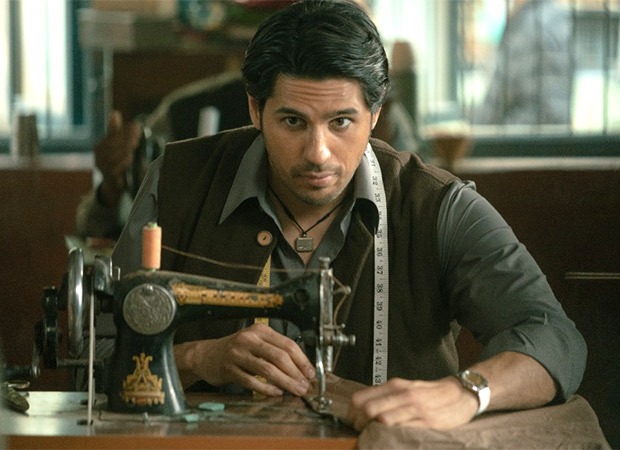 Sidharth Malhotra and Rashmika Mandanna starrer Mission Majnu clocks 8.94 million hours of viewership on its opening weekend on NetflixMission Majnu has become the No. 2 non-English film globally on Netflix in its opening weekend of release. Talking about Mission Majnu’s appreciation, Sidharth Malhotra shares, “I’m excited and grateful to receive so much love from audiences and I’m happy that they are entertained . As an actor, knowing audiences have connected and liked the performance is heartwarming. Mission Majnu is being watched by viewers worldwide and trending globally on Netflix in the opening week itself, which is surreal”.Talking about the love that Mission Majnu has received, producers Amar Butala and Garima Mehta add, “We are thrilled with the immense love and appreciation for our film, Mission Majnu in India and around the world. The film combines powerful performances by Sidharth Malhotra and Rashmika Mandanna with a strong ensemble along with a riveting screenplay, raising the bar for entertaining and thought-provoking cinema in India.”Producer Ronnie Screwvala spoke adds, “Great stories travel far – Mission Majnu is a strong narrative from India on patriotism and how as a peace-loving country we work to keep the world a safe place. Netflix‘s reach around the world comes to the strength of films like ours and it’s thrilling to know how well the movie is tracking around the world. It’s only week one and we see this as an evergreen story that will stay with audiences for a long time ”On the success of Mission Majnu, Monika Shergill, VP – Content, at Netflix India said, “We’re always proud to see passion and excitement for our Indian films from audiences in India and beyond. With Shantanu Bagchi’s extraordinary vision for this story about one of India’s most daring undercover missions and powerful performances from Sidharth Malhotra and Rashmika Mandanna we were confident that Mission Manju was a must-watch film and the audiences’ reactions to the title is proof of that.”Mission Majnu transports you to the past to uncover one of India’s most important missions. The film takes you through the emotions of loyalty, love, sacrifice and betrayal with an action-packed screenplay where one wrong move can make or break the mission.ALSO READ: Sidharth Malhotra wraps Rohit Shetty’s Indian Police Force: ‘Can’t wait for you guys to witness an action packed series like none before’ More Pages: Mission Majnu Box Office Collection , Mission Majnu Movie ReviewBOLLYWOOD NEWS – LIVE UPDATESCatch us for latest Bollywood News, New Bollywood Movies update, Box office collection, New Movies Release , Bollywood News Hindi, Entertainment News, Bollywood Live News Today & Upcoming Movies 2023 and stay updated with latest hindi movies only on .