Sukesh Chandrashekhar slams Nora Fatehi’s accusations; says, “She already has taken a large amount from me to purchase a house for her family in Casablanca, Morocco” : Bollywood News – Nora Fatehi and Sukesh Chandrashekhar are making headlines due to money laundering case. Nora had recently alleged that Sukesh had promised her a house. Sukesh accused Nora of buying her house in Morocco with his money. Sukesh had made shocking revelations regarding Nora claiming that Sukesh had promised her a big house and luxurious lifestyle in return of being his girlfriend. To which, Sukesh completely denied the claims Nora made on him and revealed that he was in serious relationship with actress Jacqueline Fernandez. 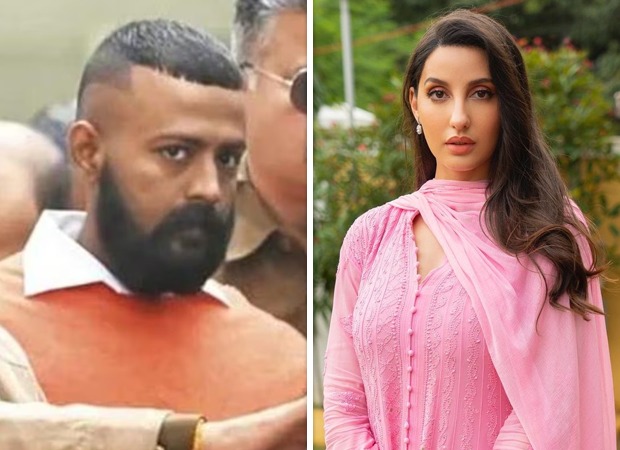 Sukesh Chandrashekhar slams Nora Fatehi’s accusations; says, “She already has taken a large amount from me to purchase a house for her family in Casablanca, Morocco”Both Jacqueline Fernandez and Nora Fatehi have been in news due to their alleged involvement in the Sukesh Chandrashekhar’s Rs. 200 crores money laundering case. As reported by Hindustan Times, Sukesh claimed, “Today she (Nora) talks about me promising her a house, but she already has taken a large amount from me to purchase a house for her family in Casablanca, Morocco, all these new stories are crafted by her to escape law after ED statement 9 months ago given by her.”“Nora claims that she did not want a car, or she did not take it for herself is a very big lie, as she was after my life that her car had to be changed, as the ‘CLA’ that she had looked very cheap, so then me and her selected car I gave her, and the chats and screenshots are very well with the ED, so there is no lie at all, in fact I wanted to give her Range rover, but as the car was not available in stock she wanted in urgent, I gave her the BMW S series, which she kept using for a long time, as she was a non-Indian, she asked me to register it on the name of her best friend’s husband Bobby’s name. Me and Nora never had a professional transaction, as she is claiming except for once that she attended an event hosted by my concern foundation, for which official payment was made to her agency,” he added.The case is supervised under Delhi’s Patiala House Court, which has deferred arguments in the alleged money laundering case on Monday. Court has also allowed the exemption pled filed by Jacqueline from her personal appearance in court. The matter will be next heard in court on February 15.Also Read: Nora Fatehi was always jealous of Jacqueline Fernandez, claims conman Sukesh Chandrasekhar: “Nora used to try calling me at least 10 times a day”BOLLYWOOD NEWS – LIVE UPDATESCatch us for latest Bollywood News, New Bollywood Movies update, Box office collection, New Movies Release , Bollywood News Hindi, Entertainment News, Bollywood Live News Today & Upcoming Movies 2023 and stay updated with latest hindi movies only on .